An evening with Gene Winfield

In October 2013 I was invited to a dinner at a local Hotel where Gene Winfield was to be giving a talk, the evening was hosted by Texas Smith long time friend of Gene Winfield.

Both men are legends in their fields, Gene Winfield is as you know one of the greatest custom car builders in the world, Tex has made his contribution to the scene as a Journalist, Editor and Publisher.
I had met Gene once before whilst covering Mooneyes HRCS in Yokohama for a local magazine and was immediately impressed by his character, he makes you feel as if you have known him for years, no pretensions just honesty and humility, Tex is the same affable and easy going, and boy can both men tell a story, they are old school gentlemen, a dying breed.

I had invited a friend Custom Culture Artist Aran de Baron along to the dinner, chiefly because he was doing a banner for the GNRS that was to include one of Genes Cars and he needed to clear up a few points, as we walked into the Hotel I ran into Texas's lovely wife Trish, I introduced Aran then Trish asked where we were sitting, my reply was we've just arrived we have not found seats yet, Trish replied great come and sit with us, man we nearly choked, we got to sit at the same table as Gene Winfield!

I love it when random stuff like that happens and blows your mind, anyway, I would like to thank Gene for giving of his time and his memories, and of course Tex for organising the shindig, It was one of the best nights I have spent in years listening to these two blokes discuss the custom car scene other builders and their experiences, dropping a few bombshells along the way.
Many thanks guy's for allowing me to publish this video, I hope you enjoy watching it as much as we enjoyed the evening.


This video focused on Gene Winfield, understandably because he was the guest speaker, so most of the discussion was about the cars that Gene built.
I would like to say a little bit more about Tex's car the XR6, as stated in the movie Tex built the chassis and the body fabrication was first done by George Barris then after the Oakland Roadster Show the car was taken to Gene Winfield to have the body re-built in Aluminium.
The one thing that is not mentioned is the fact that this car was the first of the concept cars,

The XR6 in it's final form 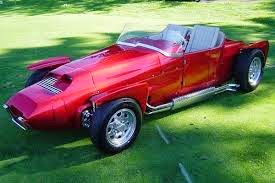 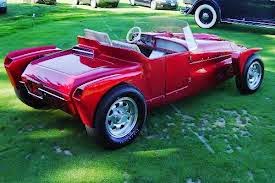 Thanks to Rik Hoving to, for the use of some images from his Archive for the movie.