Flake and Graphics, an Artistic Collaboration

In September 2013 a very good friend and fabulous custom painter Steve May from Lizard Designs http://www.lizarddesigns.com.au felt that the paint job on his 1964 Falcon sedan needed a freshen up.  A year or so earlier Steve had closed up his shop and has been working from home since then, not a real problem when he does custom paint jobs for bikes, he has a small shed for that. Painting a car is another matter, he somehow manages to turn out wicked paint jobs in his back yard quicker than most guy's can do one in a paint shop.

Inspired by a trip Steve and I took to Mooneyes Yokohama in 2011, Steve has gotten into the Larry Watson style of painting his 1968 Cadillac is an example of what he can do even though it was done in the open it is a real head turner, if you doubt it just follow him on a cruise through Melbourne, people in bars get up to watch it drive past it's a scream to see. 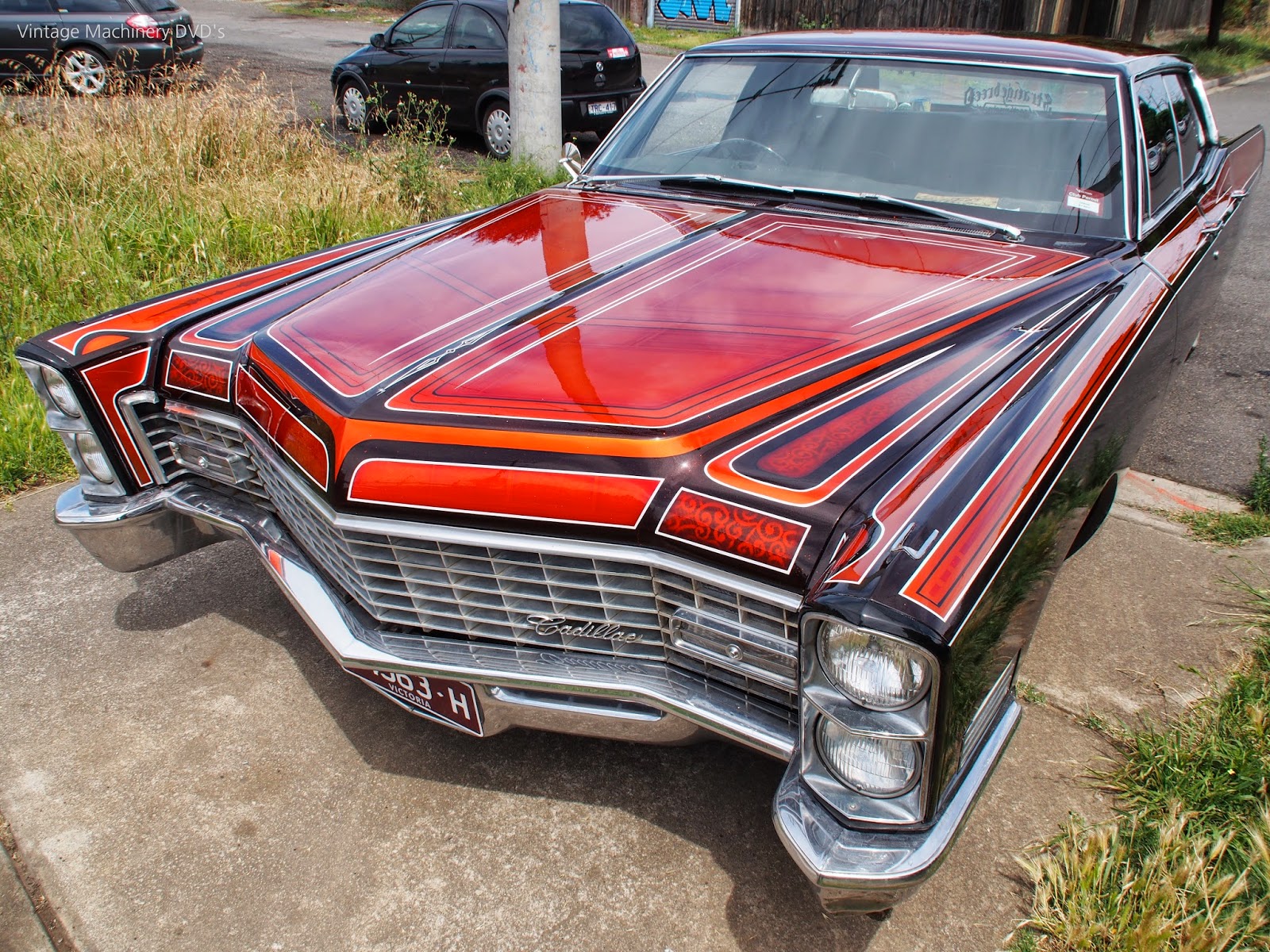 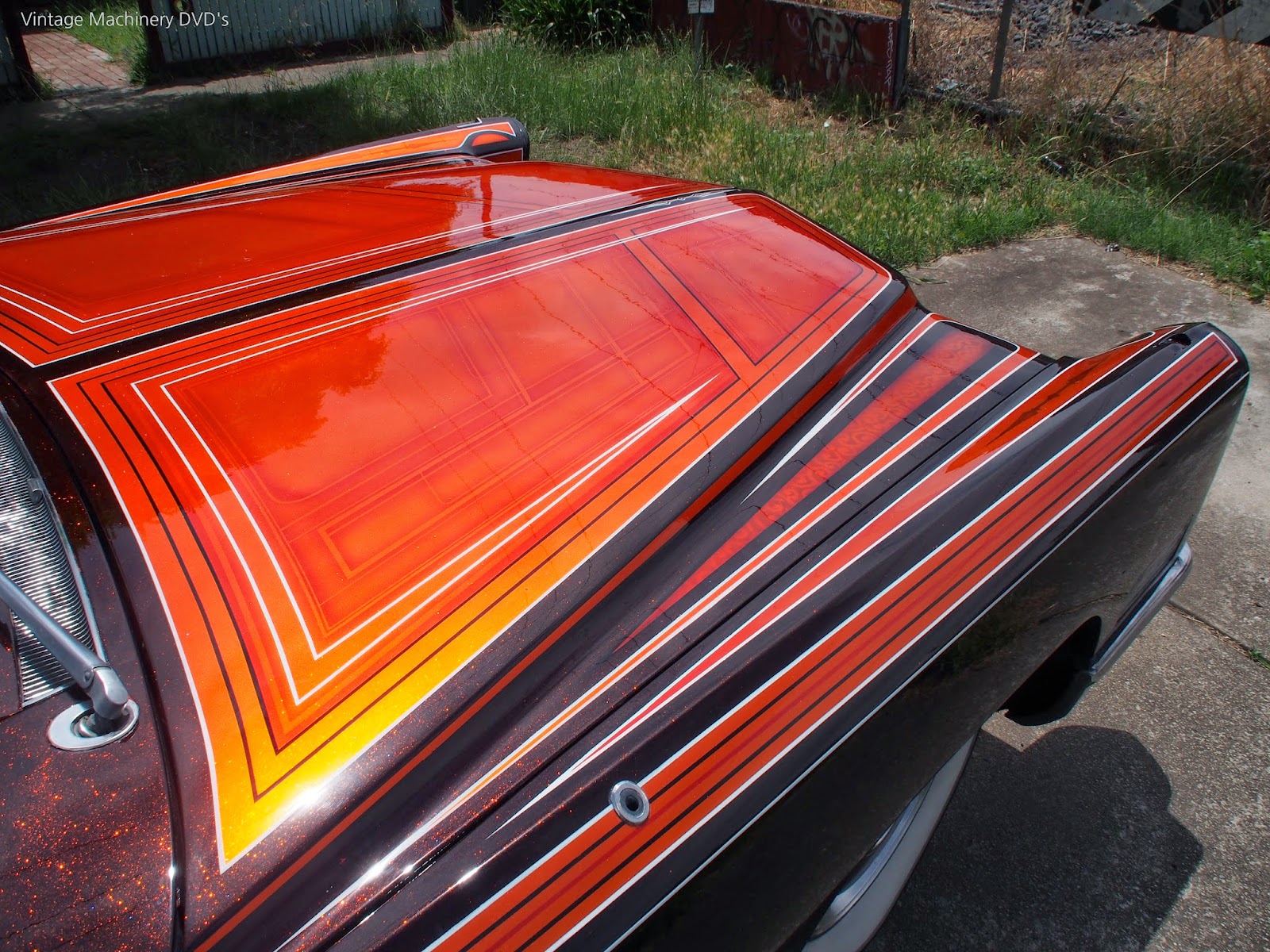 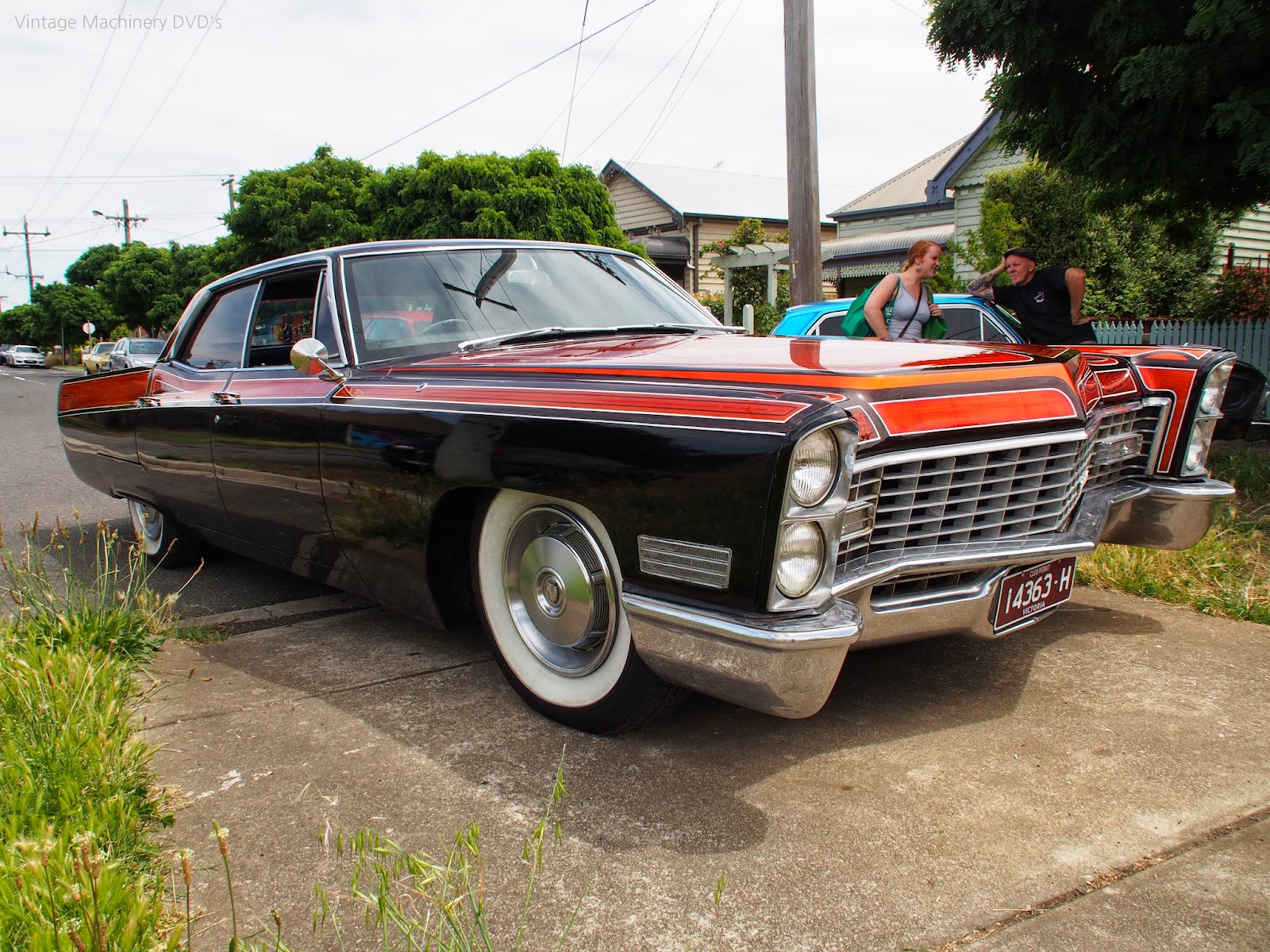 Getting back to the original story, the Falcon re-spray. Steve thought the car needed something out of left field, why not combine silver metal flake, panels and candy fades with comic graphics. Steve knew just the Artist, he contacted a mutual friend up and coming Australian Kustom Komic Graphic Artist Aran de Baron for the job http://www.stonehengewear.com.au  Steve explained his vision to Aran, then let Aran get his designs together, while he set about laying down the silver metal flake for the base.
The first Panels to receive Aran's attention were the C pillars followed by the bonnet and then the boot lid (trunk). I was only able to get to Steve's place for the art work on the bonnet unfortunately. Aran tried out one of the new Sharpie pens for the line work, the finish produced by the pens is incredible, looks just like paint. 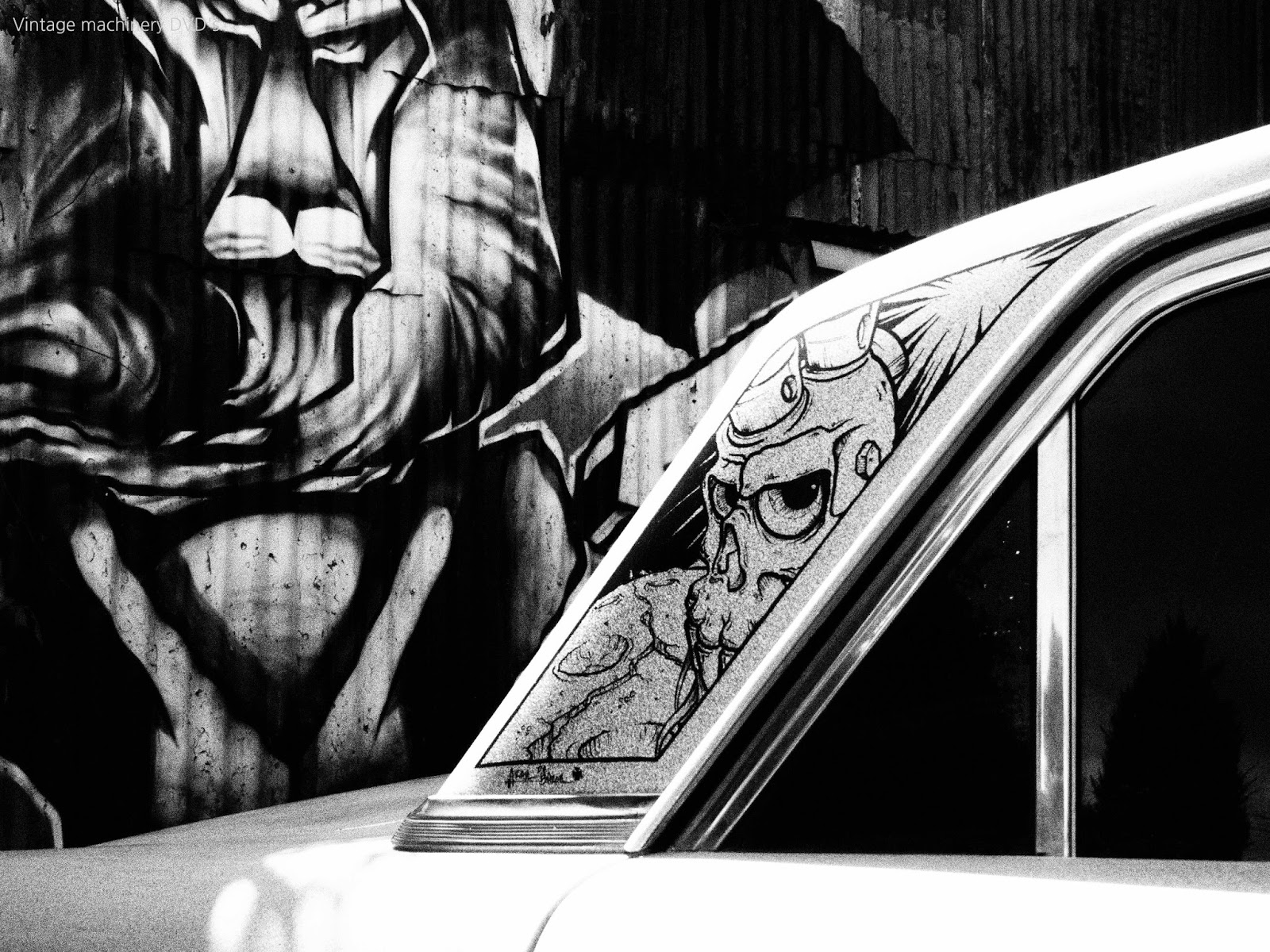 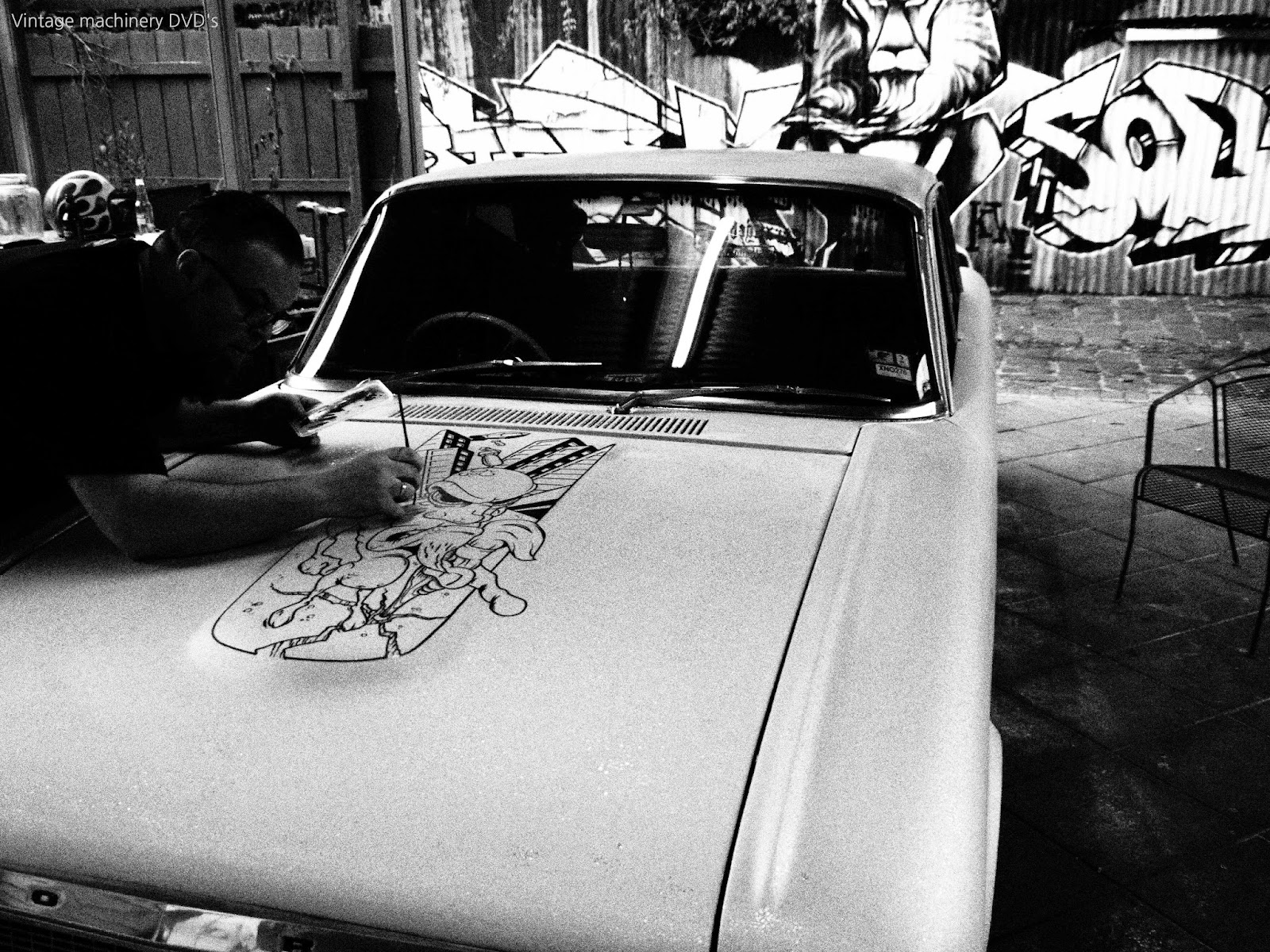 My part in all this was to document the collaboration between these two artists, (incidently Steve May is also a portrait painter of considerable talent, exhibiting at exhibitions throughout Australia) which I have done through Photos and of course a short video entitled Falcon Art, Flake and Graphics, an Artistic Collaboration, it was an honour and a pleasure to be invited to take part in this venture, as far as we know this type of paint scheme is a first in Australia, once the graphics were laid down a couple of weeks passed before Steve cleared and polished the flake and graphics, then laid the candy and panels over the car resulting in a stunning work of automotive Art. 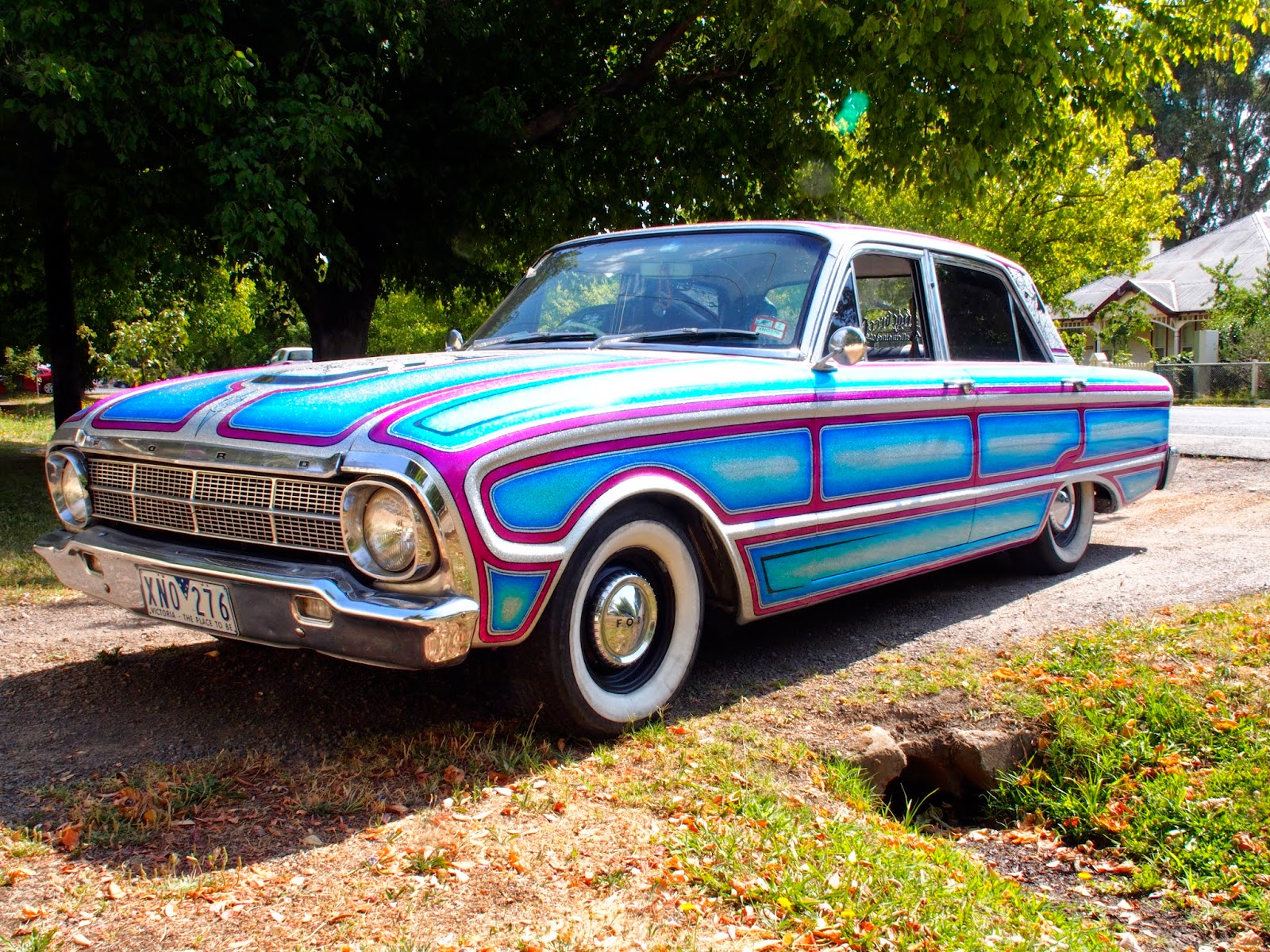 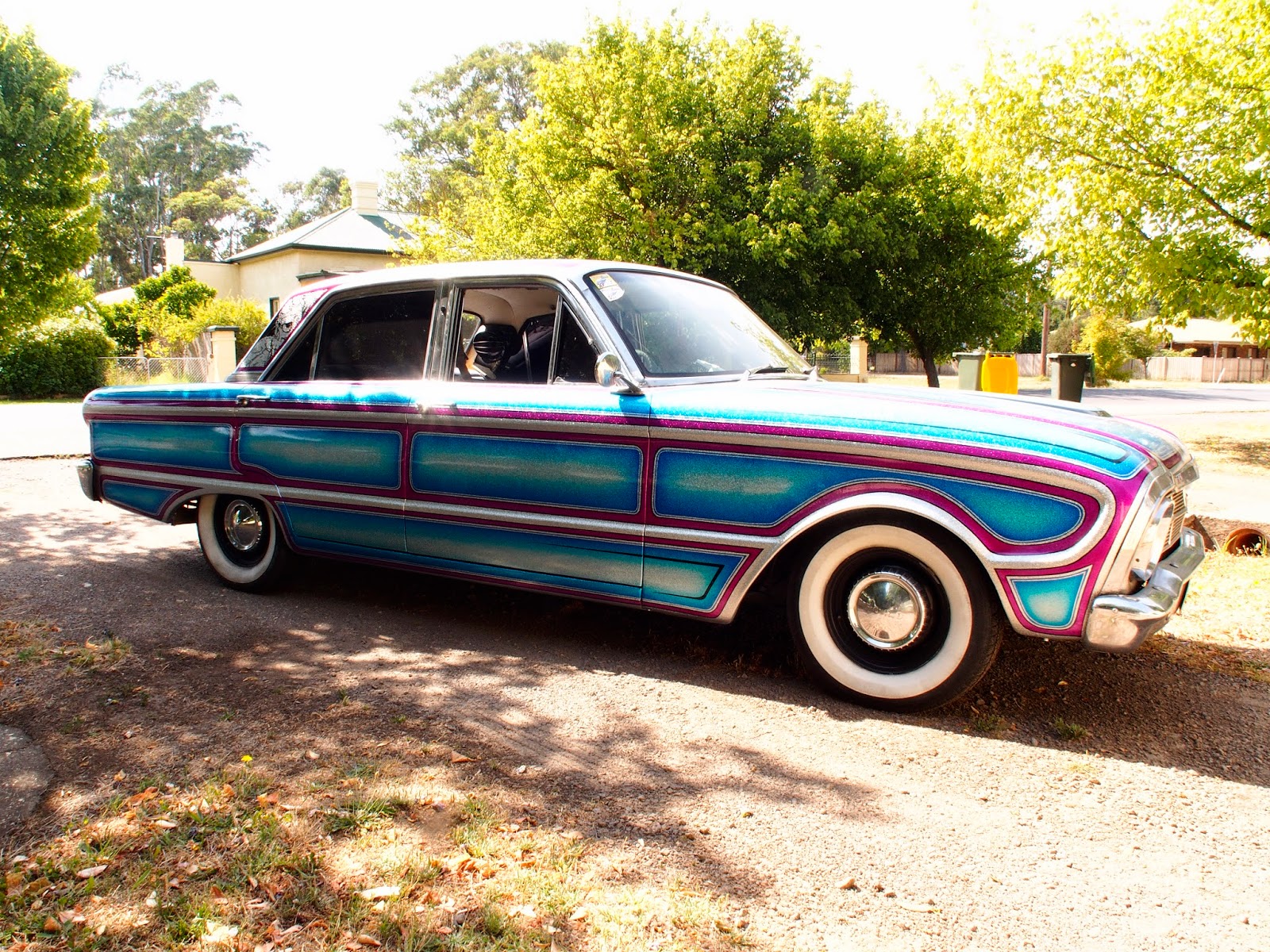 Below are some examples of work by Steve May and Aran de Baron, Steve works in Oil on Canvas Aran in pen and ink, if you like what you see give these guy's a call, at least check out their web sites they are doing some truly inspirational stuff. 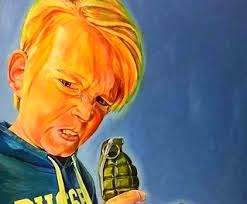 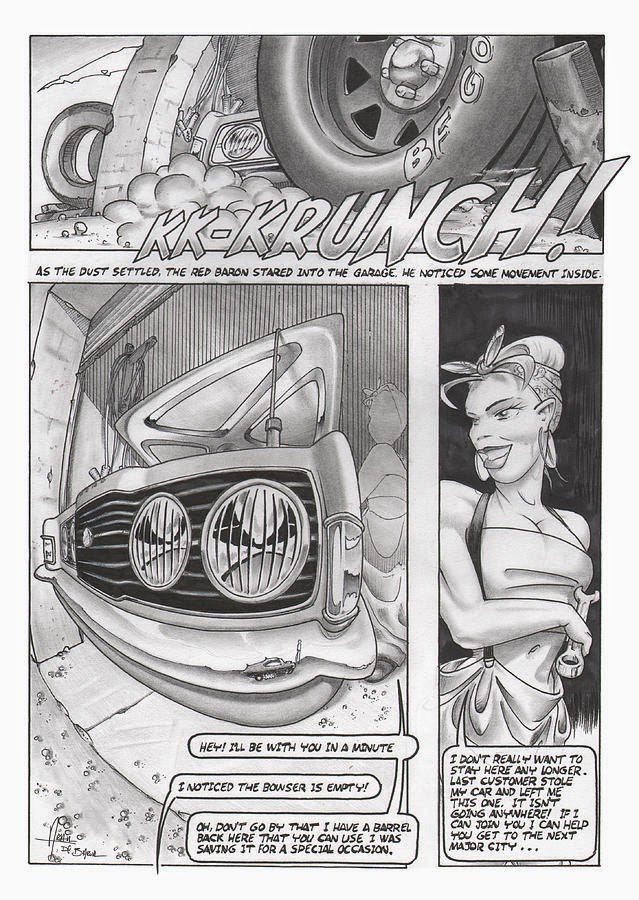 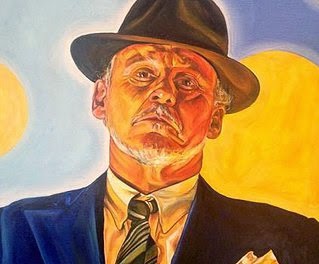 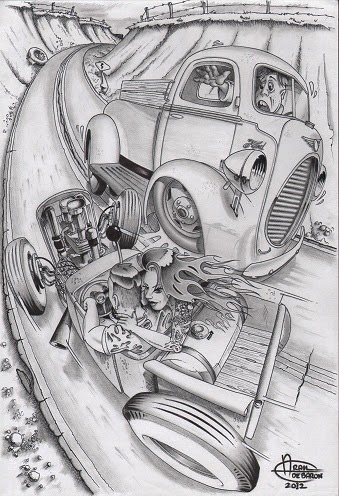 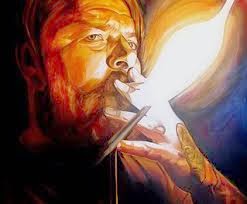